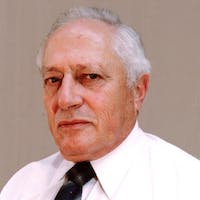 Prof. Susser, PhD (Tel Aviv University, 1986), is a Senior Research Fellow at the Moshe Dayan Center for Middle Eastern and African Studies and former Director of the Center (1989-1995, 2001-2007). Prof. Susser teaches in the Department of Middle Eastern and African History at Tel Aviv University and in 2006 he received the Faculty of Humanities outstanding teacher's award.

Prof. Susser spent the 2009-10 academic year on Sabbatical at the Crown Center for Middle East Studies at Brandeis University as the Senior Fellow on the Myra and Robert Kraft Chair in Arab Politics. In August 2009 he spoke at a Crown Center Symposium on What's Up in the Middle East? where he discussed the prospects of the Israeli-Palestinian peace process. In October he participated in another Crown Center symposium on Middle East Politics: Present and Future where he addressed "Regional Dimensions: The Middle East in Context." In February 2010 Prof. Susser lectured on "Fault Lines—Israel, Jordan, Palestine" at an international conference on Promoting State-Building, Managing Fault Lines, held in Jerusalem jointly by the South African-based Brenthurst Foundation and the Konrad Adenauer Stiftung. He also participated in the follow up conference held at Tswalu in South Africa in May. In February he delivered a lecture on "Israel, Iran, and the Arabs: The Middle East of the 21st Century," in the Shaol Pozez Memorial Lectureship, under the auspices of the Arizona Center for Judaic Studies of the University of Arizona in Tucson.

Prof. Susser published a monograph on The Rise of Hamas and the Crisis of Secularism in the Arab World, in the Essay Series of the Crown Center for Middle East Studies and reviews in scholarly journals on George Gilder's The Israel Test, Rich Cohen's Israel is Real, and on Curtis Ryan's Inter-Arab Alliances: Regime Security and Jordanian Foreign Policy.

The History of Modern Israel - Part I: From an Idea to a State

The Emergence of the Modern Middle East - Part II

The History of Modern Israel - Part II: Challenges of Israel as a sovereign state

The Emergence of the Modern Middle East - Part I