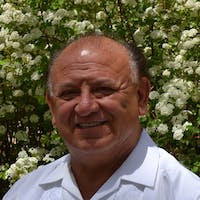 Since he was a boy growing up on the border of Texas and Mexico, Eliseo Torres, known to everyone as “Cheo,” has been fascinated by the folk traditions and folkways of Mexico and of his Mexican American roots. Both of his parents were versed in aspects of herbal lore and healing, and as he matured he learned from them a love and respect for the history and folk knowledge of the ancient art of curanderismo, or Mexican folk healing.

Now an administrator at the University of New Mexico, where he is Vice President for Student Affairs and a member of the faculty of the College of Education, Cheo regularly lectures and gives presentations on the history and lore of curanderismo to audiences ranging from scholars and students of Latin American culture to people hoping to become knowledgeable about alternative and traditional medicine, including lay people and medical professionals alike. He has published two books on his life in and research on his subject area: Curandero: A Life in Mexican Folk Healing, and Healing with Herbs and Rituals: A Mexican Tradition, both available from the University of New Mexico Press.

Curanderismo: Traditional Healing of the Body