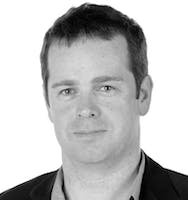 Professor Martin Haugh was the Associate Professor of Practice for Financial Engineering at Columbia University. He originally joined Columbia University in January 2002 and was a faculty member in the Department of Industrial Engineering and Operations Research until June 2005. During this time his teaching and research focused on financial engineering. Between 2005 and 2009, Professor Haugh worked in the hedge fund industry in both New York and London, specializing in equity and credit derivatives. He returned to Columbia in July 2009. Professor Haugh holds a PhD in Operations Research from MIT and also holds Master of Science degrees from the University of Oxford and University College Cork.